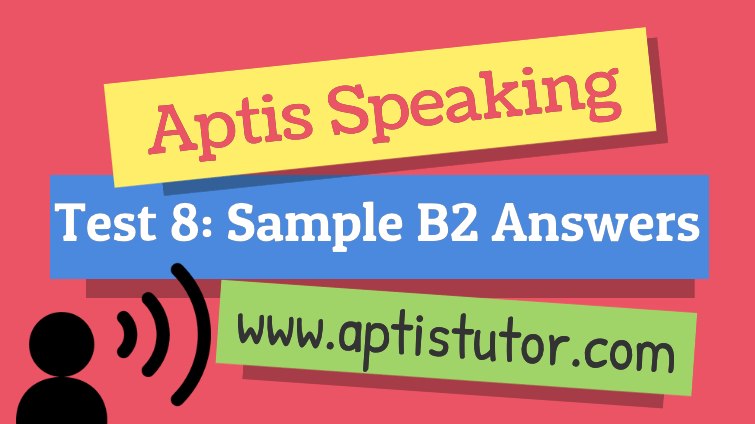 Please tell me about your family.

There are three of us in my immediate family. I’m an only child and then there’s my mum and dad. I take after my dad – there’s no mistaking who my father is! Not only do we look the same but we have very similar personalities too. We’re both a little short-tempered at times, but very sociable too.

immediate family – you, your parents and any brothers and/or sisters

an only child –­ no brothers or sisters

take after – resemble in looks and/or character

Please tell me about your favourite writer.

Hmm … let me think … I’d have to say J.K Rowling. She’s an amazing author, and the creator of the brilliant ‘Harry Potter’ series of books. She didn’t just write a story about a young wizard, but invented a magical fantasy world too. She also inspired an entire generation to read, which was pretty incredible!

pretty –a synonym of ‘quite’ in this context

What are you planning to do next weekend?

Next weekend I’ll probably go to the seaside if it’s sunny. It’s been ages since I’ve seen the sea, and I’m really looking forward to lying on the beach, sunbathing and spending some downtime with my friends. If it rains, I’ll just stay at home and finish the series I’ve been watching on Netflix.

seaside – synonym of coast or beach

There’s a middle-aged man sitting on some red steps. He’s Asian and he’s reading a newspaper … I think that it’s written in Chinese, but I’m not certain. He’s wearing a checked shirt, faded blue jeans and scuffed shoes. I’m not sure where he is, perhaps in the city, but in the background there are people sitting at tables, so that’s probably a café. To his left there is someone else reading the paper, also wearing a checked shirt, but we can only see his elbow.

scuffed – describes shoes that are old and marked

in the background – at the back of the picture

How do people in your country learn about what’s happening in the world?

This generally depends on the age of the person – and I’m generalising here. Most old people – I’m referring to people who are over 70 – still get their news from either the TV, radio or a newspaper. Middle-aged people get theirs from a variety of sources including the internet and TV. Younger people probably get theirs from TikTok or Facebook. This isn’t a great idea, as the algorithm that FaceBook uses mainly sends you news it thinks you’re interested in, so you don’t get a balanced world-view.

How has reporting of the news changed in the last fifty years?

Well, reporting of the news has really changed a lot, mainly due to technology. 50 years ago, most news was reported by only a few TV and radio stations, but these days anyone with a mobile phone and an internet connection can become a reporter! And the amount of news that you can watch is staggering – there are so many 24-hour news channels that constantly churn it out. I think another of the biggest changes is how sensationalist the news has become – it seems less serious now.

due to – synonym of ‘because’

sensationalist – a way of presenting news by trying to excite public interest, without worrying about accuracy

Both pictures show people singing, but in very different situations. The first shows a young girl at home – she’s probably around 6 or 7 years old, and she’s holding a microphone and singing karaoke. She seems to be taking it very seriously. Looking on is her dad, or he could be her grandad … whereas the second photo shows what I think is a professional reggae group. There are four musicians on stage – a singer, two guitarists and the drummer. They might be singing at a festival.

probably – try to use words like probably, maybe, perhaps …

could be / might be – use modal verbs to make guesses too

Why do people enjoy music?

That’s a good question … and I think that it’s something that’s puzzled scientists for a long time. I remember my music teacher telling us that when we listen to music our brain releases dopamine, which makes us feel happy. Music can definitely change our moods … if I’m feeling a bit down, I put on some pop music, sing along and even dance, and then I feel much better. And listening to classical music can have a calming effect on people – that’s why it’s often played in public places.

moods – how we feel

down – sad or depressed

Which singing situation would you prefer, and why?

Well, if I had to choose, I’d definitely say the first one, as I don’t have a good voice – I can’t sing in tune at all! I’m just not comfortable singing in front of anyone, not even members of my own family. The only time I really sing is when I’m alone in my bedroom or in the shower. So I wouldn’t enjoy doing karaoke either, actually. But the thought of having to get up on stage and sing in front of a crowd of people who I don’t know terrifies me beyond words!

in tune – sounding the right notes

actually – synonym of ‘in fact’

beyond words – more than I can say

Tell me about a time when someone stopped you from doing what you wanted to do.

How important do you think rules are in our lives?

It’s hard to think of a specific example when someone stopped me from doing something …though I do remember the time I went to the supermarket to buy just a few vegetables – a red pepper, a courgette and an aubergine. I’d taken my own cloth bag to put them in, but the girl on the checkout made me put each vegetable into separate plastic bags. I felt really frustrated, as the bags were single-use only, and couldn’t be recycled. When I asked why I couldn’t just put them straight into my own bag, as that would be more environmentally-friendly, she told me it was against supermarket rules, which I thought was ridiculous.

But of course most rules are important, and without them there would be total anarchy and society wouldn’t function. We need rules to maintain order and keep us safe. Children are taught to follow rules at an early age. Some rules may seem unnecessary, like not being allowed to walk on the grass in a park, or not being able to park your car outside your own house. Or my cousin having to wear a swimming cap in his local pool, even though he’s totally bald! But others are absolutely vital – for example, what you must and mustn’t do while driving, or travelling by plane. Breaking those rules could endanger people’s lives.

checkout – where you pay in a supermarket

bald –­ having no hair on your head